09-Jul-2012 While manoeuvering into the dock at the Conrad Maldives Resort at Rangali Island a float failed causing the aircraft to become mostly submerged. All occupants were evacuated safely. 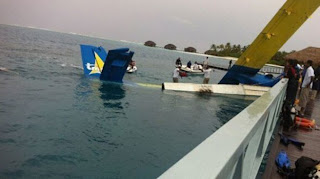