Viking Air Limited of Victoria, BC, Canada is delivering this week the third Twin Otter Guardian 400 aircraft to the US Army Golden Knights Parachute Demonstration Team, completing the multi-aircraft purchase contract.  The US Army Golden Knights were an initial launch customer for the Twin Otter Series 400 program, signing the purchase contract for three aircraft in February, 2008.


The first US Army Series 400 Twin Otter was delivered in September 2012, shortly after receipt of the United States Federal Aviation Administration (FAA) Type Certification in June, 2012, making them the first US-based operator of the Series 400 Twin Otter.  The Golden Knights have been operating the first two aircraft received under the contract out of their base in Fort Bragg, North Carolina, where the third aircraft will be joining them shortly.
Viking executive vice president, Dan Tharp, will be attending the handover of the third aircraft at a small delivery event this week in Murrieta, California, where the Golden Knights and US Army Fixed Wing Project Office delegates will be conducting the final acceptance inspection.


“The US Army has been a dedicated Twin Otter Series 400 customer from the outset of the program, signing on as an initial launch customer and working with Viking as an integral member of the Series 400 steering committee,” stated Dan Tharp, Viking executive vice president in charge of operations.  He continued, “Viking greatly appreciates the relationship we have developed with the US Army over the past five years, and we hope to collaborate on future projects where the Twin Otter Series 400 is suitable candidate for their requirements.”
With Twin Otter Series 400 in operation in 16 countries and a backlog exceeding $400M, the Series 400 is now confirmed as the best-selling next generation turbo-prop aircraft in its  class.  Viking provides OEM support for the worldwide fleet of de Havilland legacy aircraft (DHC-1 through DHC-7) and forms part of Westerkirk Capital Inc, a Canadian private  investment firm with substantial holdings in the hospitality, aviation, and real estate sectors. 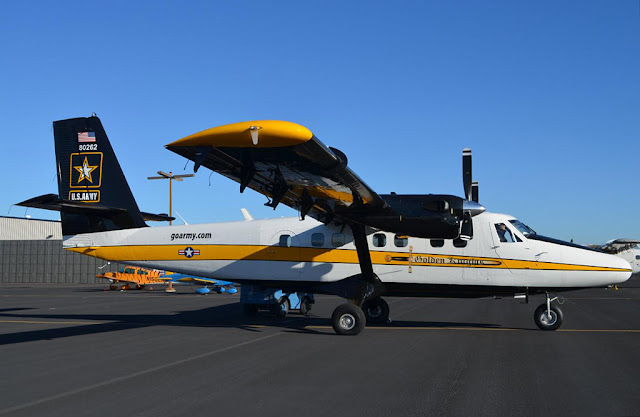