Has been a very quiet week for the most part, however there are at least a few items worth reporting today.


The starboard main gear of 9M-MDK left the paved surface of the runway while back tracking after landing at Bario, Malaysia on 27-Nov-2013. There were no injuries, and no damage to the aircraft. 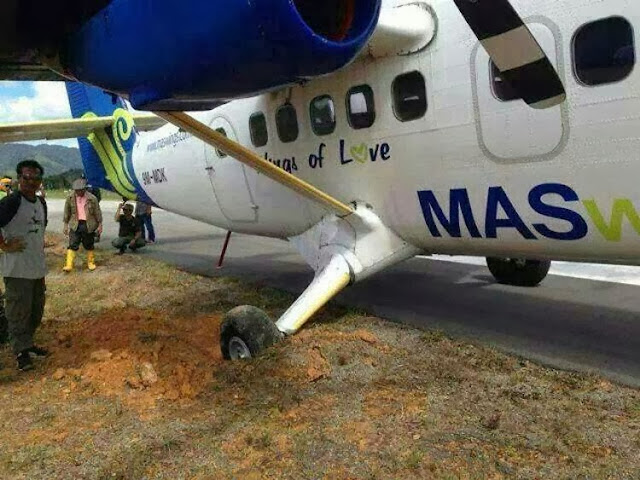 On 25-Nov-2013 officials of the South Pacific island nation of Kiribati signed the final agreement for the acquisition of MSN 831, for expected delivery in Apr-2014.

CAAMS currently has U.S. registration N831WJ reserved, presumably for application to the aircraft above.

N400GZ has filed for departure from North Carolina, which would be the first sector of its delivery flight to Abu Dhabi. The aircraft had been flown down to the Rampart Aviation facility in North Raleigh on 08-Sep-2013 for pre-delivery modifications, and I believe Rampart is also undertaking the ferry flight to the United Arab Emirates.

Canadian registration cancelled 25-Nov-2013 to Vietnam, where it was expected to take up the military serial VNT-777.

Aircraft number three has now been delivered safely to MASwings in Kota Kinabalu. C-FVGY had departed Victoria on 16-Nov-2013, and routed via Juneau, Nome, Anadyr, Magadan, Khabarovsk, Vladivostok and Taipei.