Aurora Airlines was formed in November 2013 as the amalgamation of Aeroflot's two primary carriers in the Russian far east, SAT Airlines & Vladivistok Avia.  Pictured in the schematic below is a Viking Series 400 Twin Otter which will be part of the Aurora fleet.

Maldivian (Island Aviation Services dba) of  Male is set to receive their first DHC-6-300 Twin Otter soon. The aircraft, 8Q-IAL (MSN 358) is pictured below in Calgary, and I would expect it will revert to its Canadian ident C-GXWG prior to delivery. 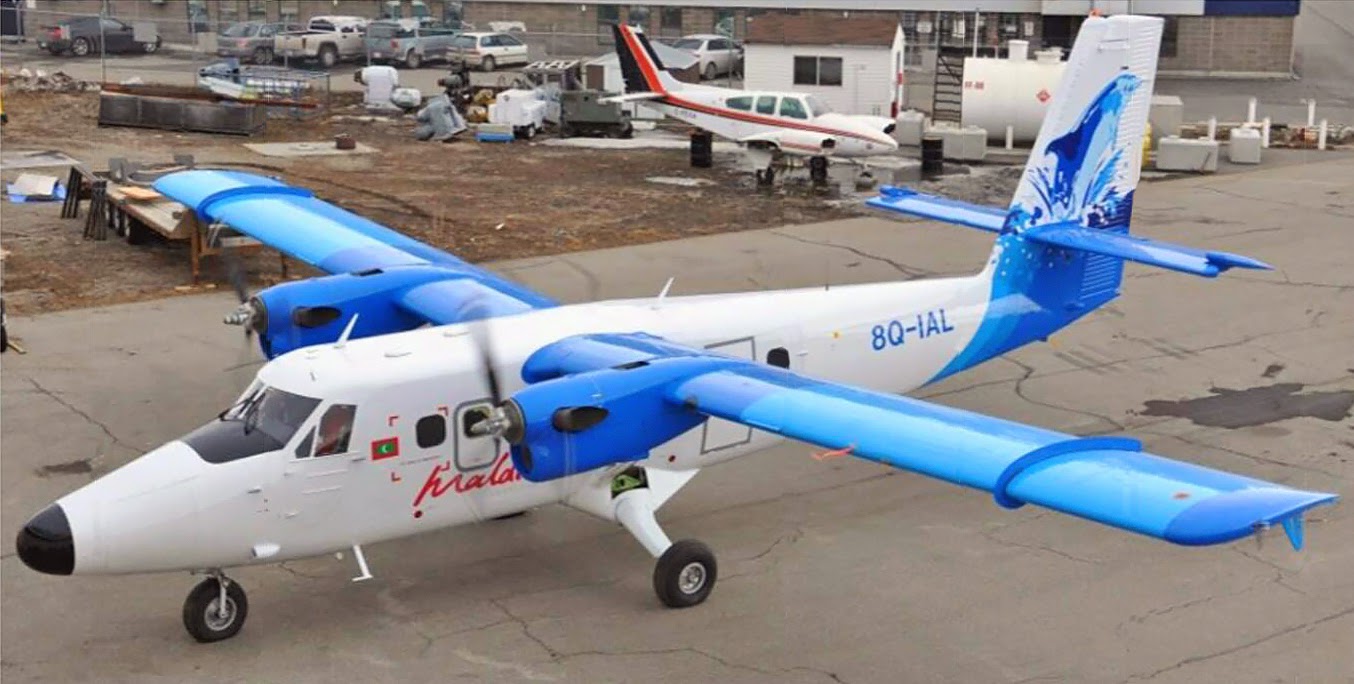 Maldivian had issued Expression of Interest documents on 03-Nov-2013 for an equity partner to begin float plane operations, with the investor being responsible for supply of aircraft, and then a subsequent revenue sharing agreement for their operation.
Posted by Erik/64N21W at 11:59:00