The next delivery for the United Arab Emirates is, at the time of writing about mid way across the Atlantic bound for Santa Maria.

In addition to MSN 898 C-GFAP which was officially handed over to Air Seychelles at the Farnborough show yesterday, MSN 899 has now touched down at the Seychelles International Airport on the island of Mahe. The delivery flight, completed by Calgary's Worldwide Ferry was accomplished in six days.

At the close of the Farnborough exhibition, MSN 898 will continue on to the Seychelles.

C-GUVT is pictured below yesterday at Wilson Airport in Nairobi. Immediately behind it is MSN 513 which is currently for lease by CAAMS.

Although Canadian company Viking Air restarted production of the de Havilland Canada DHC-6 Twin Otter in 2007, demand remains high for refurbished and modernized versions of the original versions, of which more than 500 are still in service.In response, California-based engineering, repair and modification specialist Ikhana is close to completing the first Twin Otter X2, a virtually new build aircraft that combines several “re-life” modifications for wings, nacelles, flight controls and the fuselage into a single package. Based on supplemental type certificates originally developed by Ikhana’s predecessor company R. W. Martin, the modification also includes new electrical wiring, customized avionics, a new interior and new engines.Of the original airframe, only some of the skins and frames remain, while all other fatigue-limited parts are replaced with new parts that in some cases, such as wing skin doublers around the engine exhausts, are beefier than the original. Taken individually, the re-life wingbox provides DHC-6-100/200 operators with new limits of 49,000 hours and 98,000 cycles, while the upgraded -300 wing life is 45,000 hours and 90,000 cycles. Fuselage, nacelle and flight controls life are similarly returned to the aircraft’s original design limits.“I thought about re-lifing the whole aircraft in the late 1990s but the bulk of aircraft had not reached that level,” says Ikhana president and CEO John Zublin. “Then they began to time-out and now we’re seeing many more aircraft starting to reach that point.” Ikhana, which has been buying up old fuselages, will sell the Twin Otter X2 at a flat rate of “roughly one-third less than a new -400,” says Zublin. 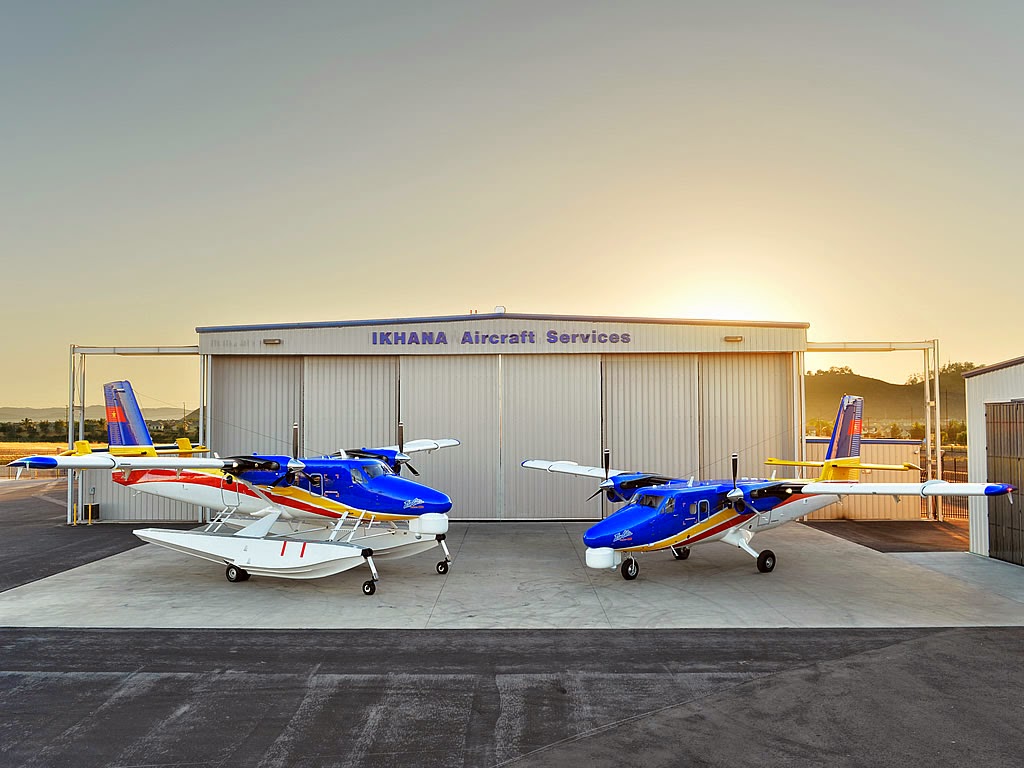 Ikhana has also completed modifications on the final pair of Viking Air-built DHC-6-400 Guardian maritime patrol and utility aircraft that are poised for delivery to the Vietnam Navy, marking the completion of the service’s first fleet of fixed-wing aircraft. The six Guardians are the first Western-made aircraft to be operated by the Vietnamese military and have been assigned to Air Force-Naval Brigade 954, with three configured for maritime patrol and three equipped for utility, VIP and transport missions.
Under the Vietnam Guardian program, Ikhana completed integration of a chin-mounted Elta search radar system with an electro-optical/infrared sensor suite. The interior was also modified with an operator console with an adjustable operator seat, observation "bubble" windows, lavatory and galley, as well as utility seats. The aircraft, which are operating in a mix of float- and wheel-equipped configurations, are also provisioned with Ikhana’s recently developed 14,000-lb. increased-payload capability package.