Geelong, Victoria, Australia, February 24th, 2015: Viking Air Limited of Victoria, BC, Canada and Walker Corporation of Sydney, Australia, have entered into an agreement for the purchase of what will become the first Twin Otter Series 400 aircraft put into operation in Fiji.

The Viking Twin Otter Series 400 aircraft, scheduled for delivery in the second calendar quarter of 2015, will be utilized as a luxury transport for resort guests and will be configured with 19-passenger interior, air conditioning, and amphibious floats for both runway and water-based operation.

Lang Walker, Executive Chairman of Walker Corporation, stated, “We are opening a luxury six star resort later this year on Yaukuve Island in Fiji, and want guests to enjoy every aspect of their stay from start to finish. Our amphibious float-equipped Series 400 Twin Otter will provide guests with first class service, conveying them safely to and from the resort in comfort and in style.”

Walker continued, “We employed the services of Utility Air to help us select an aircraft with the capability to meet all of our requirements. For us, the Viking Twin Otter Series 400 was the logical choice due to its operating versatility, robust design, reliability and spacious interior – all qualities perfectly suited for our luxury island resort.”

Utility Air’s managing director, Stephen Pembro, commented, “We are delighted to have sold our first Twin Otter Series 400 aircraft so soon after being appointed the Viking sales representative for Australasia, and have immensely enjoyed our dealings thus far with Walker Corporation. The support provided by the Viking Team during negotiations was excellent, and we rank this deal as being one of the most pleasant and satisfying we have ever achieved.”

About Utility Air: Operating from corporate headquarters in Sydney, Australia, Utility Air provides unparalleled turnkey aviation solutions throughout the Pacific region, including aircraft brokerage, sales, and acquisitions for both new and pre-owned aircraft. Specializing in utility work-horse aircraft, Utility Air is the exclusive distributor for the Viking Twin Otter Series 400 aircraft in the South Pacific.

The map below indicates location of the Kokomo Resort in relation to both Nadi and Suva, which are 45 min. and 15 min. flights respectively. 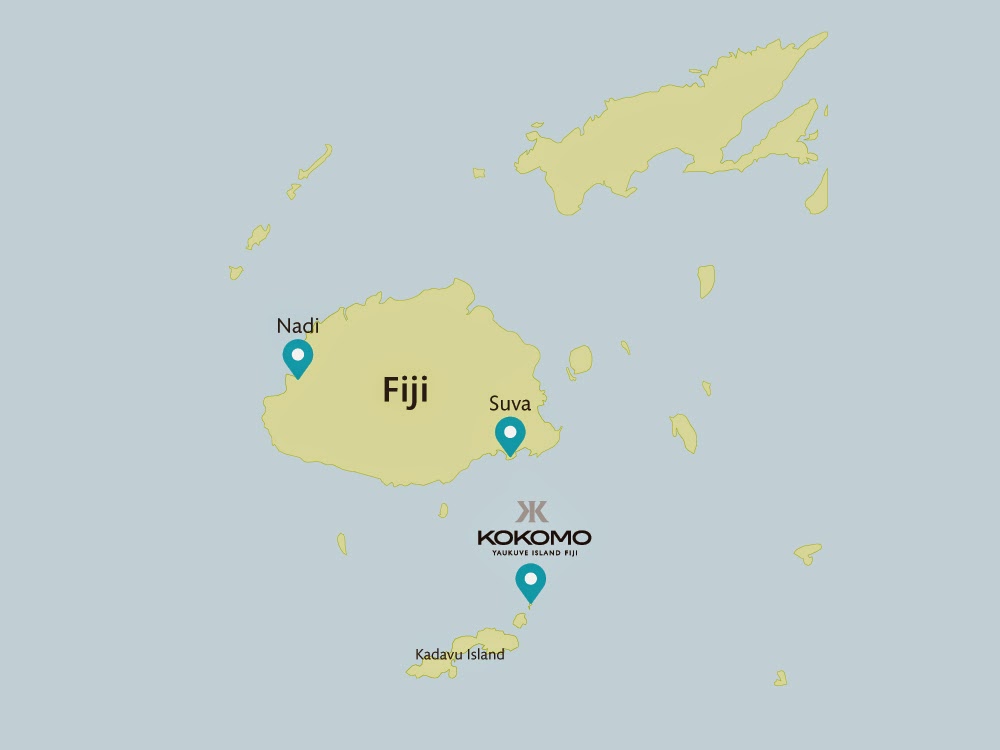