The final aircraft will join the eight Viking Twin Otter Series 400 already delivered to GAL since 2013, being utilized by the UAE Government under a multi-year service contract. The specially equipped Series 400 Twin Otters are configured with paratroop provisions and intermediate flotation gear (“IFG”) to enable the Government’s operations on the loose sand in the Arabian Gulf region. Global Aerospace Logistics (GAL) is an original launch customer for the Series 400 Twin Otter, having placed their initial aircraft order in 2009.

Abdulla Marassas, Aviation Program Manager for GAL, commented, “We are very happy with the Viking Series 400 Twin Otter, as evidenced by our fleet of nine aircraft. The Series 400’s performance is beyond our expectation, and perfectly serves the purpose for the design and function intended.”

He added, “Working with Viking has been a satisfying experience, dealing with knowledgeable people who have made the purchase and delivery process easy, and we’re already looking forward to expanding our relationship with future projects.” 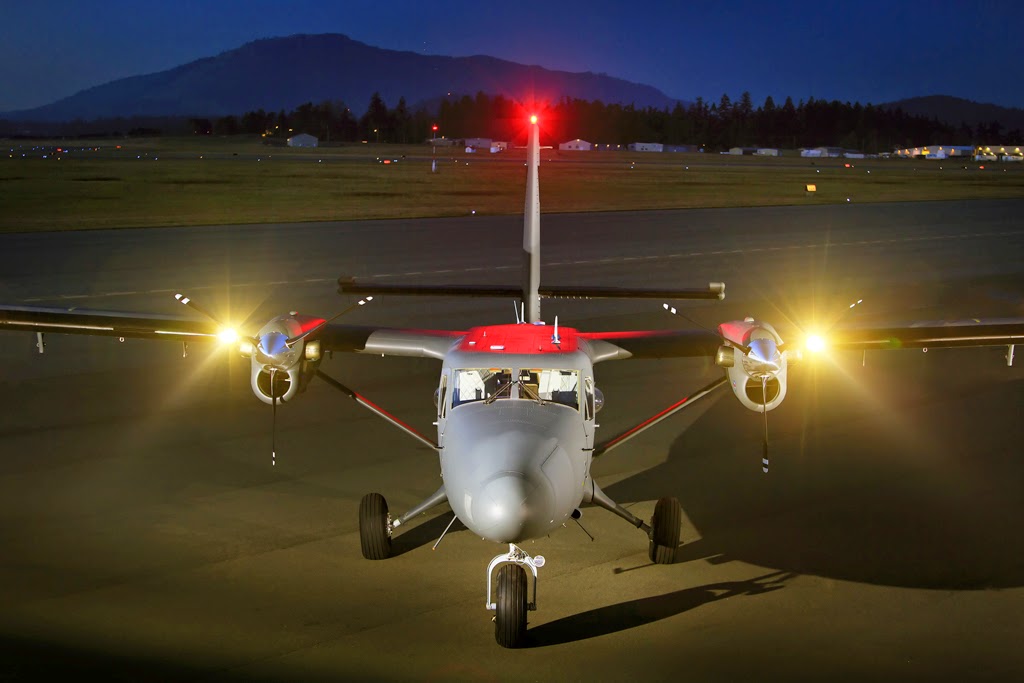 As noted in TwinOtterSpotter first on 20-Feb-2015 and on subsequent days, the final delivery refers to MSN 913, which departed Victoria on 20-Feb, and arrived in Titusville on 22-Feb. The aircraft are transferred to Global Aerospace Logistics prior to the final stage of modifications in the U.S. and take up interim U.S. marks before being ferried to the United Arab Emirates.
Posted by Erik/64N21W at 14:11:00