N34KH arrived safely in the Papua New Guinea capital, completing the trip from Majuro in about 12 1/2 hours. Excellent performance across the Pacific, two stops during the 6,742 mile trek, accomplished in three days.

The aircraft has been handed over to Tropicair, as can be seen in the photo below. 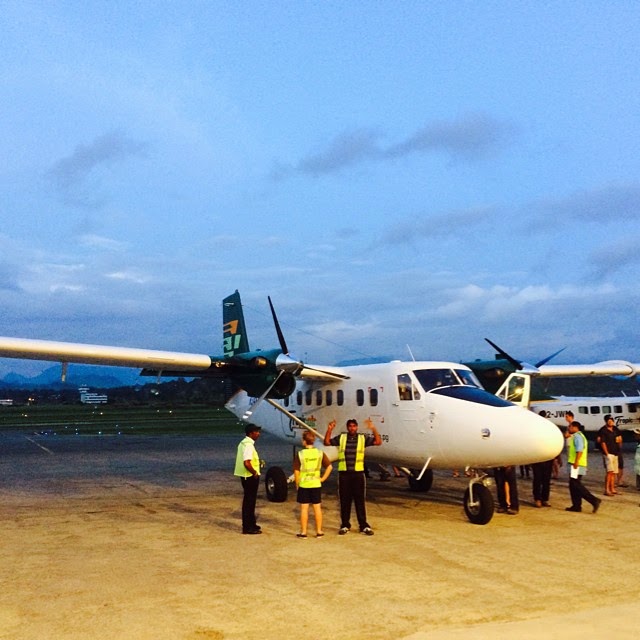 
C-GLVA arrived in Churchill, MB yesterday completing the journey from Calgary in 4 hrs and 35 minutes. Today the aircraft is filed to continue on to Iqaluit, NU.


A couple days in trail of MSN 917 C-GLVA the second Highlands & Islands Airports aircraft has joined the first and departed Victoria on delivery as well.


Canadian registration cancelled 04-May-2015. The Transport Canada database is currently showing the cancellation is to Indonesia, which is incorrect. The aircraft was exported to Russia to become RA-67286 with Chukotavia.