The Twin Otter Operator Tables for the following regions have been updated:

As expected, S7-AAJ has now been officially registered to Ikhana Group as N808RT. The aircraft had been flown from the Seychelles to California last month, arriving in Murrieta on 29-May-2015. 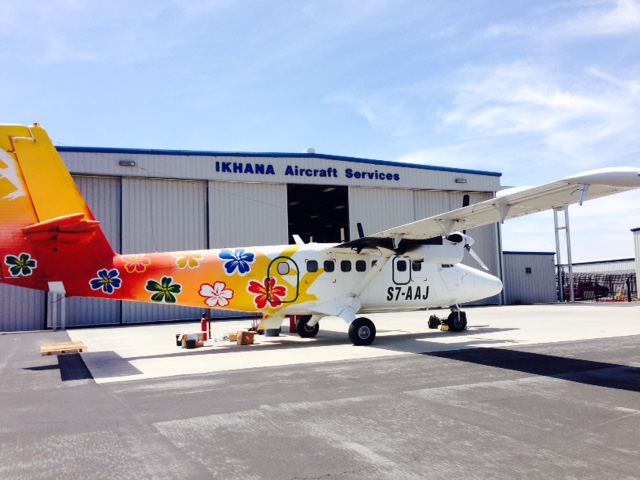 Registration cancelled 11-Jun-2015 having become J8-GAW with SVG Air, Saint Vincent. This aircraft was delivered to the Caribbean on 29/30-Mar-2015 after having been rebuilt by National Aerotech.
Posted by Erik/64N21W at 11:11:00