Exiting the Wipaire facility in Leesburg today, N718KW departed to Hattiesburg, MS, and is continuing on to the Dallas-Addison, TX airport. The aircraft had been flown over to Leesburg on 28-Jun-2015.


On 09-Jun-2015 Maldivian Seaplane (Island Aviation Services dba) issued a Request for Proposals for the acquisition of a further two DHC-6-300 aircraft to be operated under a dry-lease arrangement. The RFP closed on 18-Jun-2015; two additional Twin Otters will bring the company fleet to 8 aircraft.


MASWings DHC-6-400 9M-SSD is seen below today at Mukah, Sarawak where it was hit by Challenger 601-3R N639TS. The latter aircraft was carrying Sarawak Governor Tun Abdul Taib Mahmud. 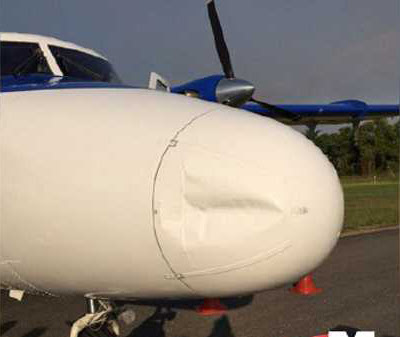 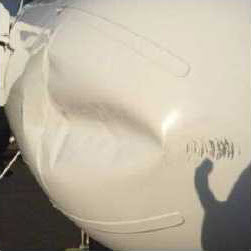 Although we have seen MSN 106 C-FGQH on these pages previously, this great shot from Phil Broad in the U.K. was just too nice to pass up.  C-FGQH was a 1968 build for East African Airways which returned to Canada in 1973. In 2014 it was upgraded to a Series 200HG™ by Ikhana.

A great shot of Maldivian Seaplane's MSN 276, which is leased from Singapore based Aerostar Leasing. It was delivered back to the Maldives in Jun-2014; it had previously served two tours there between 1999-2009 when it was 8Q-MAK with Maldivian Air Taxi.


MSN 467 is owned by Ashe Aircraft Enterprises has been operated under lease to Trans Maldivian since Oct-2009. It was originally delivered to Brockway Glass in Pennsylvania in 1976.

MSN 454 is seen below back in 2009 after completing a two year lease to North Wright Air, and about a month prior to beginning a lease to Trans Maldivian Airways. Unfortunately it was damaged in July 2012 at Rangali Island, necessitating a return to Canada in a shipping container. It is currently nearing completion of repair, and has been advertised as available for lease.