Sustained severe damage on landing offshore the Kuredu Resort, and subsequently sank. There were no apparent injuries to the 11 passengers and 3 crew aboard. The aircraft was en route from the Komandoo Resort, also located within the Lhaviyani Atoll.

This is the second incident at Trans Maldivian in the last thirty days, on 11-Jun-2015 8Q-MAP and 8Q-TMG were both damaged in a water collision at Male.

As seen in the photo below, the floats have so far been the only parts of the aircraft that have been recovered and brought ashore. 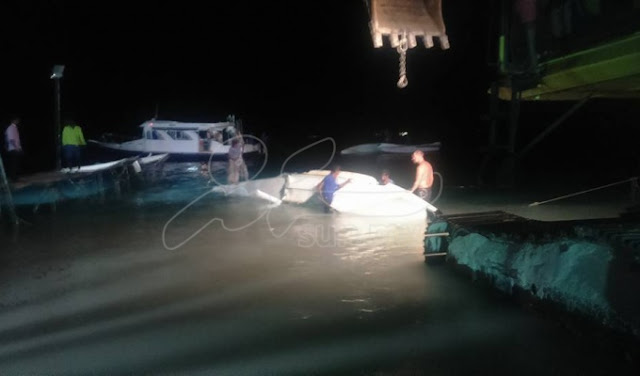