With thanks to Edi Nurprasetya, an interesting photo taken at the former Mepati Nusantara facility located at Biak's Frans Kaisiepo Airport. I have added below that an earlier satellite photo depicting the same area, although the aircraft have been moved around a bit since.

If Merpati only had four Twin Otters it would be pretty easy to determine the identities of the ones below, but of course that would be far too easy - unfortunately there were at least six.

The one identifiable aircraft is PK-NUS, and I believe the balance are perhaps MSN 487 PK-NUO, MSN 472 PK-NUV and MSN 443 PK-NUZ.

There remains at minimum, two aircraft that don't appear; one being MSN 551 PK-NVA which is seen at Biak as well in the bottom picture (in the latest Merpati colour scheme) and MSN 383 PK-NUH which was last known in the orange fuselage Indonesia Post scheme.

Confirmation and alternate theories are welcome as always! 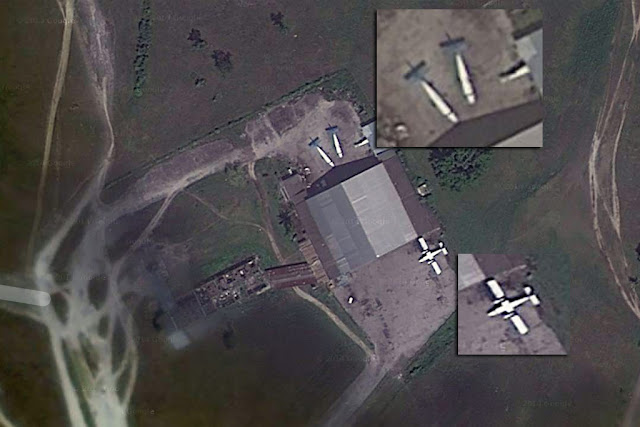