The second Twin Otter for Spirit Avia Sentosa (along with SN 454) is MSN 357 PK-FSA, which is the former PK-BRZ.

Flew Altenrhein/Saint Gallen - Lubeck - Billund 05-Feb-2016 on delivery, and is seen below in front of the Danish Air Transport hangar there.

The aircraft is expected to enter service next month. 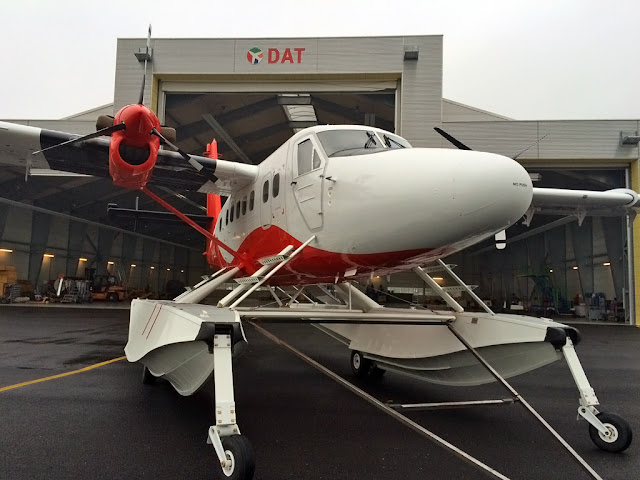 
The RUAG hangar in Bern containing two European Coastal Airlines DHC-6-300's, with MSN 696 HB-LRQ near the doors, and MSN 593 N564D closer to the camera. 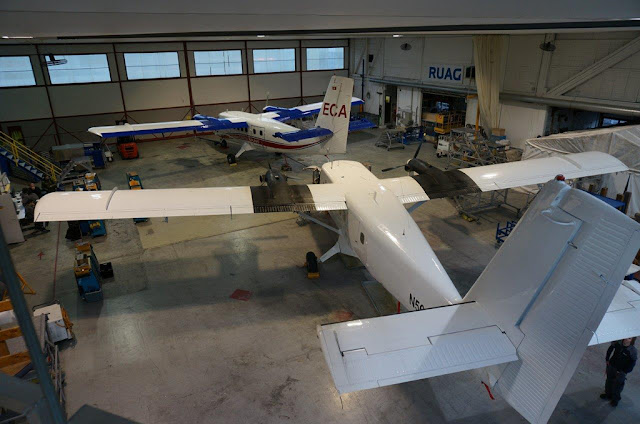 
Additional photographs of the non airworthy Twin Otters in Libya are always appreciated, and thanks to Harry Cole for the ones below, taken at the Aero Club Libya hangar in Benghazi in 2008.

MSN 641 5A-DCX is seen immediately below, and in the right corner of the final photograph. The distinctive (ugly) mustard and orange paint scheme belongs to the Libyan Ministry of Agriculture. 5A-DCX was built in 1979, and delivered in 1980.

Looking a little worse off, or maybe just more dusty,  MSN 653 5A-DDB was also built in 1979, and delivered in 1980 to the Libyan Ministry of Agriculture.

MSN 769, 5A-DJJ is seen below with Air Jamahiriya titles, which was the final operating name for United African Airlines to whom it was delivered in 1981. 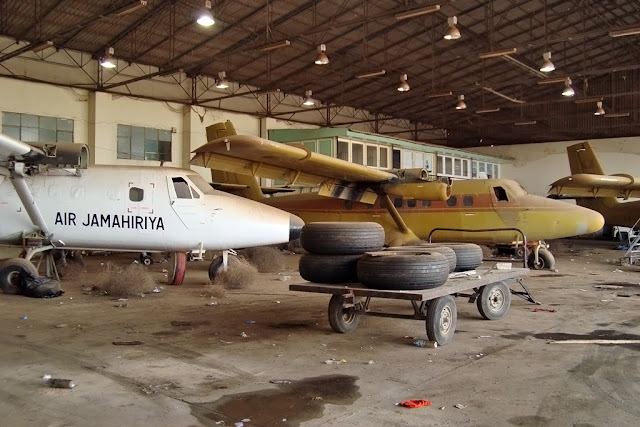