Registration cancelled 16-Dec-2016 on export to People's Republic of China. Aircraft was delivered across the North Pacific on 19/20-Oct-2016 to Reignwood Air.

As can happen at this time of year, the delivery of C-FVGY to Russia has encountered some delays along the way. The aircraft flew Victoria, BC - Comox, BC - Prince Rupert, BC - Anchorage, AK on 10/11-Dec-2016. A local test flight from Anchorage was undertaken on 15-Dec-2016, and finally on 18-Dec-2016 after initially filing for direct to Anadyr, it flew Anchorage, AK - Nome, AK.

The accident report for MSN 915 JA201D has now been published. The Safety Recommendations of the Japan Transport Safety Board are as follows:

It is somewhat likely that one cause of this accident was that the FO did not have adequate knowledge of the aircraft system. It is also somewhat likely that the inadequate response of the PIC in the event of an unforeseen situation contributed to the occurrence of this accident. It is probable that these resulted from the fact that ground training and flight training stipulated by the Company were not carried out properly.

In order to contribute to preventing the recurrence of similar accidents, based on the result of investigation of the accident, the Japan Transport Safety Board recommends, in accordance with the provisions of Article 27 Paragraph 1 of the Act for Establishment of the Japan Transport Safety Board, that First Flying Co., Ltd. give careful consideration to the following and take necessary measures thereof:

Ascertain the current situation of ground training and flight training correctly, and then improve its system for training to enable the stipulated training to be carried out properly.

The full report can be viewed at the following link (it is in English):

Skybus continues to refurbish their Twin Otter and Islander fleets, with the second DHC-6 G-CEWM near completion. The new interior trim is a product of Australia's Aeroplastics and Structures, who are a TwinOtterSpotter advertiser.

The new interior can be seen in the photos below, with thanks to Kevin Rouncefield. 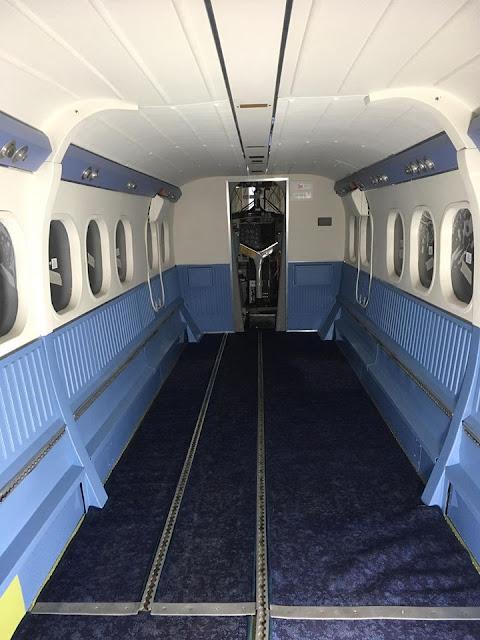 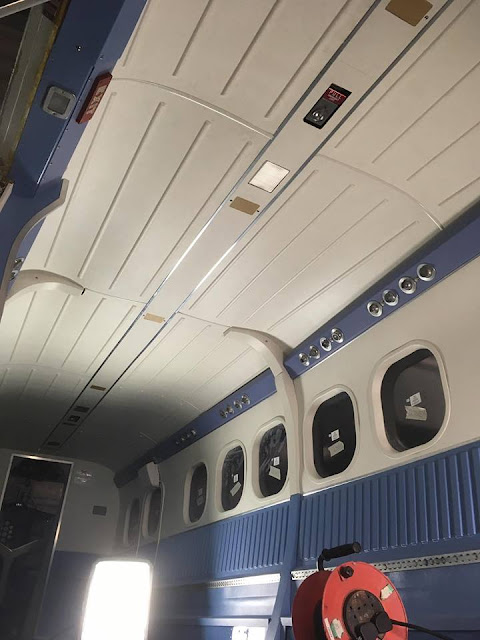