With thanks to Ted Larkin, two of the Winair Twin Otters, where all five are painted differently!  I'll add the others in the next report.

Has been acquired by Vancouver-based Gravitas Aviation Ltd. for refurbishing/re-sale/lease and is expected to be delivered from the Seychelles shortly.

Has been acquired by Vancouver-based Gravitas Aviation Ltd. for refurbishing/re-sale/lease and is expected to be delivered from the Seychelles shortly.

Aurora Airlines, a Russian regional carrier from Russia’s Far East, will expand its fleet of DHC-6 Series 400 small regional turboprops to 32 aircraft, according to an announcement by the Far East Development Fund. The organization will co-finance the purchase. Aurora’s fleet growth is part of the plan to improve the passenger transportation network in the region.
The entire investment is estimated at around 23 billion rubles ($380 million), and the project has already received approval by the regional administration. The FEDF may contrinute up to 6.4 billion rubles. 51% of Aurora’s shares owned by Aeroflot Group, the remaining 49% — by the administration of Russia’s Sakhalin Region.
Aurora currently operates two 19-seat DHC-6 Series 400 Twin Otters, both purchased by the administration of Primorye Territory. In September this year a LOI for two additional aircraft was signed.
Apart from the Twin Otters Aurora operates more spacious Bombardier Q200/Q300/Q400 turboprops, as well as Airbus A319s, overall two dozen aircraft. The carrier operates both international and domestic routes, some of which are designated “socially important,” meaning they may not be commercially viable, but there is no other means of transportation between the destinations. 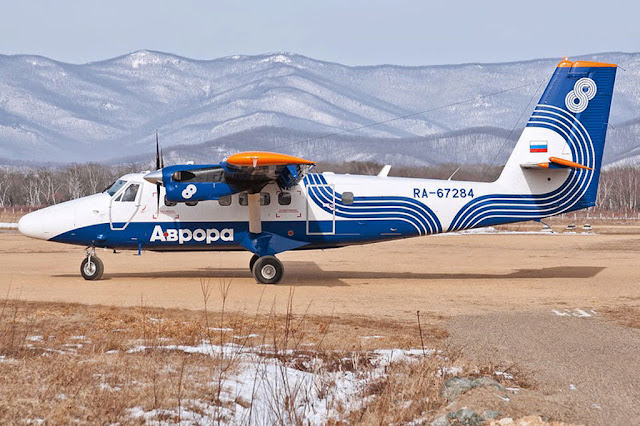 European Coastal CEO Klaus-Dieter Martin has indicated that they expect to relaunch services again in 2017.

ECA has recently announced the appointment of Zdravko Delic as its new Accountable Manager, with an eye to improving the relationship with the Croatian regulators. He will be responsible to further optimize ECA's operations in Croatia, and to liaise with the company's business partners, as well as with the CCAA.

Once operations have restarted, the airline expects to resume service to all destinations, as well as add Mali Losinj to Trieste, using their four DHC-6 aircraft.

Good luck to Klaus and his team in getting ECA back in the air once again.