Currently being offered for sale by ACASS with a total time of 38,179 hrs. This is the former 5N-BJV, and is being replaced by MSN 934 which is currently en route. 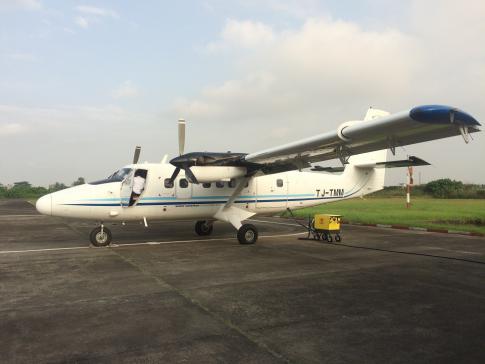 Updating yesterday's information, the aircraft has now had its manufacturer's marks C-GVVA applied over the Japanese registration, as seen below in Tim Martin's photograph.

Updating entry for 08-Jun-2017; flew Goose Bay, NL - Keflavík 09-Jun-2017 as it continues on its delivery flight. The aircraft is expected to be used as the display aircraft at the Paris show before continuing on to Africa.