A nice shot of MSN 952 in front of the Regent Aircraft Services hangar in Calgary. The aircraft arrived from Victoria, BC on 22-Jul-2017.


The Twin Otter -300 series that arrived in the United Arab Emirates in 2003/2005 have always remained a bit of a mystery. Although the end-user was known to the U.A.E. Joint Aviation Command, their status and subsequent identities was never clearly established.

The following information identifies the aircraft:

The second Twin Otter that received the "retro" style Winair scheme before delivery is seen below at Saba. As it turns out, Winair has actually reverted to this livery that had its origins from 1967, with the revised titles coming along 20+ years later. The company website also features the return to the red & blue theme, and new (old) logo.

This is the third and final aircraft expected to return to Springbank from Labrador.

With thanks to Lenn Bayliss from Australia, a trio of Twotters at Springbank, taken on 21-Jul-2017.


Over the past week or so (why it has been rather quiet here at Twin Otter Spotter) I have been working on merging my other two blogs into one  called Regional Wings. It replaces Turboprop Spotter and Regional Jet Spotter. You can take a look by clicking on the photo below, and of course you are welcome to subscribe if your interests or work involve regional aircraft.

Having mostly completed that effort, I can return to the Twin Otter, and hopefully come up with a way of updating the look of this site. As the advertisers are the ones who keep things running, I need to come up with something that meets their needs, but also may be a bit more user friendly, and require a little less scrolling.

Pending return to Rocky Mountain Aircraft after lease, and departure from Goose Bay is expected over the next week.  C-FOPN had been operated by Air Labrador since 07-Jul-2010.

Registration cancelled 03-May-2017 on export to Chile as CC-ATB. The aircraft was delivered to South America in Mar-2017 for Barrick Servicios Mineros Ltda. It is seen below at La Serena, and is expected to be transferred to Barrick's Peru flight department.


Updating the entry for 06-Jul-2017; F-OIAY safely returned to base in New Caledonia on 09-Jul-2017 following its wing set replacement that was carried out in Cairns, QLD. The final routing is
seen below: 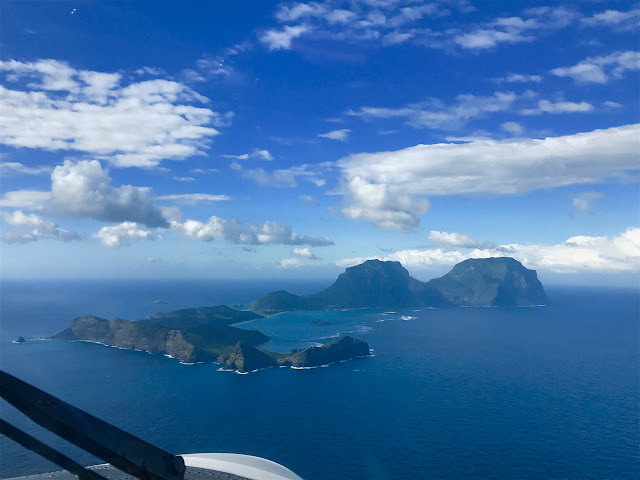 First flight following conversion to aerial sprayer configuration 05-Jul-2017. This aircraft had been delivered via road transport from Vancouver, BC to Murrieta, CA in 2013, after having been withdrawn from use by Westcoast Air earlier in the year.

N902RT will be delivered to the St. Tammany Parish Mosquito Control District in Louisiana, and replaces an Islander which was lost in an accident in Apr-2016.

A couple of Borek machines at home in Calgary last week, with thanks to Vernon Harvey.

Registration cancelled 06-Jul-2017 to Japan and restored at JA201D with First Flying. 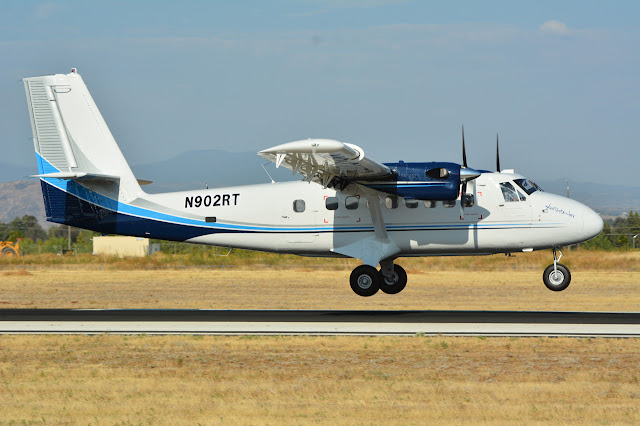 IKHANA Aircraft Services (IKHANA) is pleased to announce that DHC-6-100 manufacturer serial number (MSN) 40 has been brought back to life in a new role. MSN 40 has had a rich history since deHavilland-Canada originally delivered it in July of 1967. Exactly 50 years later, and after having served with 6 operators on 2 continents, MSN 40 is now poised to join the fight against Mosquito carried diseases. IKHANA purchased the aircraft in 2013, completely restored and upgraded it as a specialized Mosquito Abatement aircraft. “We integrated a custom designed aerial spraying system and have incorporated 2 new IKHANA STC’s.” States Mr. John Zublin, President and CEO of IKHANA. “The aircraft’s initial post modification flights will validate our new Enhanced Vision System (EVS) and our new RWMI DHC-6-100HP™ STC’s. These STC’s are yet another example of IKHANA applying our Design-Build-Fly philosophy to enhance the DHC-6 Twin Otter’s utility while customizing the aircraft to support a special purpose.”

IKHANA’s EVS STC modification utilizes the Astronics Max-Viz EVS-2300 infrared sensor to display terrain in low light or low visibility conditions on the Primary Flight Display (PFD) or any supplemental video displays located in the cockpit or cabin. The system provides real time infrared or color video in all phases of operation as a means for increased situational awareness and increased safety.

In Addition to the modifications noted above, the aircraft is also equipped with IKHANA’s Enhanced Cockpit Cooling Air Conditioning System. This modification delivers cool air directly to the cockpit via dedicated air cooling ducts for added crew comfort in hot/humid conditions.

For those of us who came from AirBC, it is fantastic to see our old CF-GQE returning to the air in a new role. This aircraft joined Airwest in 1973, and continued with AirBC through till 1995 before moving to West Coast Air.

MSN 952 is seen below on 30-Jun-2017 with thanks to Tim Martin. The aircraft had originally come from the paint shop all white, but has now received this corporate style white/blue/grey livery.

Test flown from Cairns, QLD 03/04-Jul-2017 as it prepares to depart back to New Caledonia after maintenance. The aircraft had arrived in Cairns on 01-Jun-2017.

A few aircraft from Yellowknife in the past couple of weeks, with thanks to Dirk Septer. 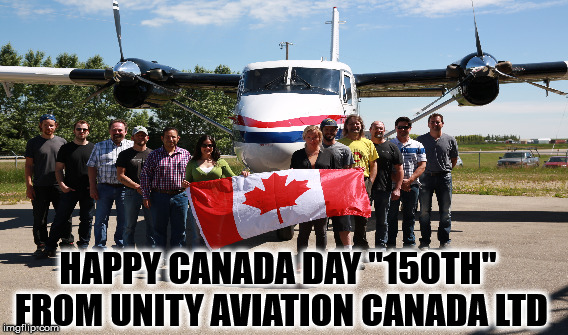